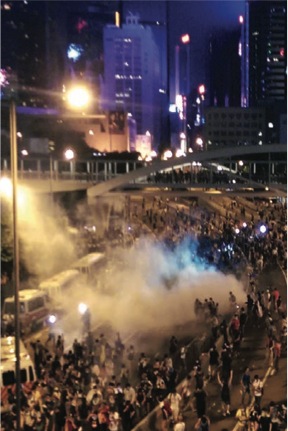 ‘I heard a bang and boom’

Briefly after this interview, I was assigned by my editor to Connaught Road, at 4PM on September 28, where the Central Government Offices are located as there

are reports that demonstrators are flocking to Wan Chai. The cameraman handed me a raincoat and a medical mask. “For pepper spray,” he said. There were clashes on the fifth day of class boycott, September 26, and cans of pepper sprays were disposed by the police.

Students had already been protesting outside of Central Government Offices for six days, but something felt different this afternoon. Instead of lobbying in Tamar
Park and Tim Mei Avenue, the main protest was moved to the busiest road in the Central District, if not Hong Kong Island. The protesters had been trying to get into Tim Mei Avenue all day, but all the routes were blocked and cleared by police. The protesters’ only way of getting in was to cut through traffic- heavy Connaught Road. There was a lot of pushing, shoving, pepper spraying and umbrella poking.

At around 6pm I heard a bang and boom on the footbridge. Later I confirmed that at 6pm the first of the tear gas was fired. The pop was followed by an eerie silence as demonstrators had no idea how to react. Then panic ensued with the emergence of white mist. The large and dense crowd roared with anger and fear, and started running as the chemical gas enshrouded Connaught Road. Their umbrellas which worked effectively as shields against attacks of pepper spray, but were near useless as tear smoke filled their lungs and stung their skin and eyes.

My crew was stationed on the footbridge, and the smoke quickly surrounded us, I covered my face with a drenched towel. Still, my eyes were burning and tears ran down my face. I worked an 18 hours shift comparing to the usual 10 hours, what fascinate me about this job is I am eager to work overtime.

“This is the best time to get into the industry, working as a part-time journalist,” said the cameraman, I have been in the industry for almost 30 years and I rarely see things like this. 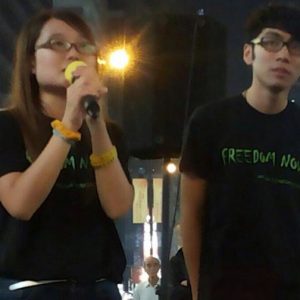 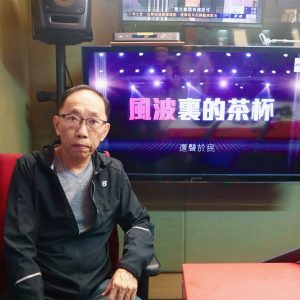 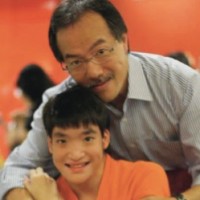