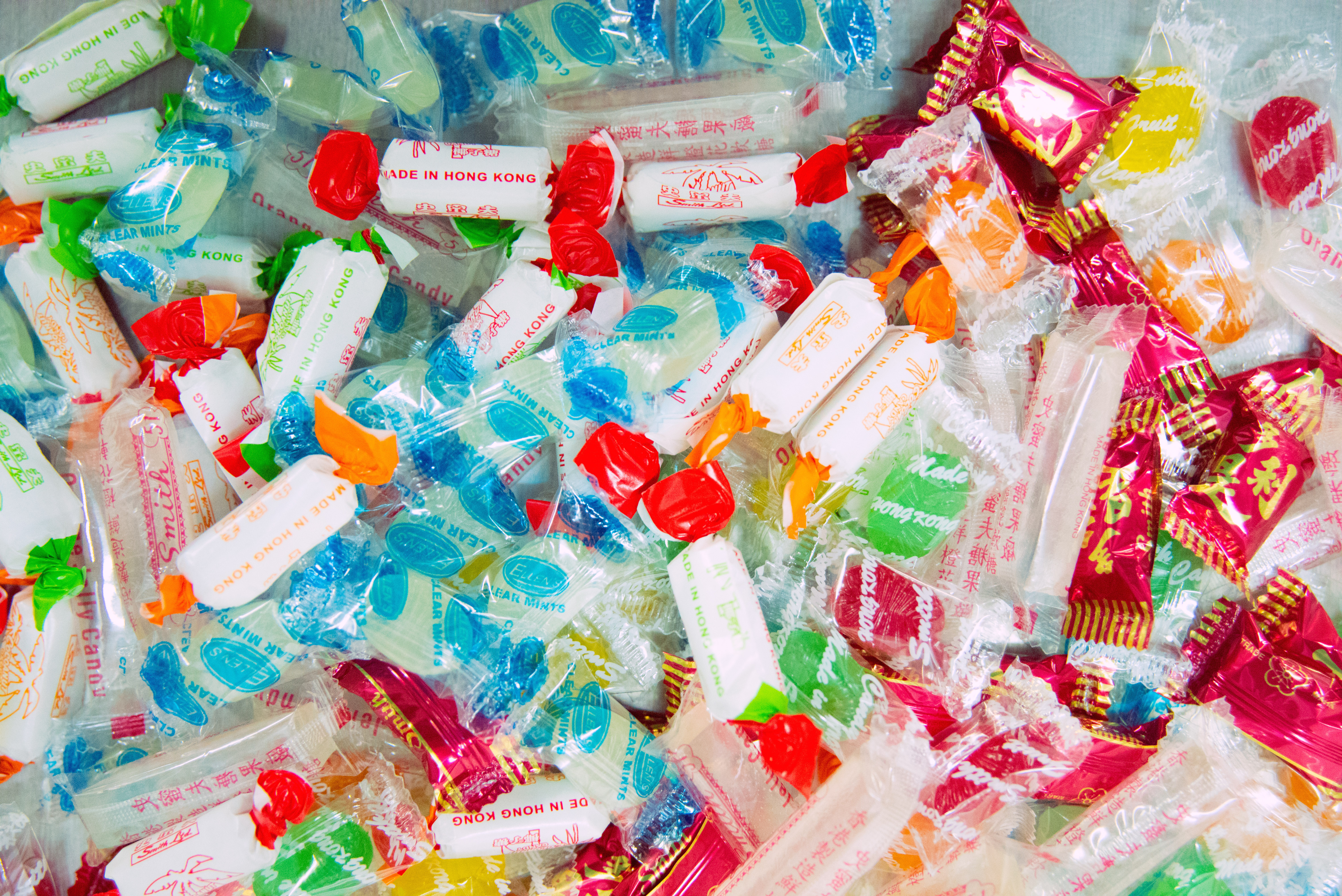 Local handmade candies are rare these days, as many factories had already moved to China. However, Smith’s Confectionery Factory still continues with the practice of making candies by hand in Kwun Tong.

Smith’s Confectionery Factory has been run by the Fong’s family. The eldest brother, Mr. Wai-Pui Fong, is in charge of the administration; the younger one, Mr. Fu-Chuen Fong, is organizing the delivery work; while the youngest brother, Mr. Fu-Shing Fong, mainly focuses himself on making the candies. Fu-Shing helped his father the manufacturer to run the business right after graduation. The two elder brothers worked outside initially, but heeding the call of their father they came back to help out. “We always argue at work, yet we understand each other and share the same goal, which is to keep the factory running,” Fu-Chuen said. Most of the employees have worked for more than 10 years. Fu-Shing is packing the candies.

The Fong’s brothers are really proud of the business that their father left them. Years ago, their father, after learning by working in his uncle’s candy factory, launched his own business. “Unlike other kids we did not have time for ourselves, because we must help the family business.” The Fong’s brothers, when they were small, made chocolate at home, but the work, luckily, brought them friends too.  “I always brought chocolate we made to share with our classmates. It was cool because not many of them could afford chocolate at that time,” Fu-Chuen said.

In the 1960s and onwards, Smith’s Confectionery Factory was a great success with their products, for example, peanuts, egg roll and chewing gums etc. They even sold their candies to the countries as far as in the Middle East. However, in the 1990s, many candy factories had to relocate to Mainland China. “We had considered moving our factories in 1980s, however, the quality control in Mainland was bad and we didn’t feel comfortable with it,” Wai-Pui said. Their business chose to stay, but has been facing a lot of difficulties. Fortunately, at the 2000s, people were losing confidence in the products made in China, as many of them were either fake or health hazardous. Smith’s candies were made in Hong Kong, giving them advantages in the market, especially against competitors in China. But nowadays, people have so many choices. The Fong’s family are just trying their best to maintain their business.

The future is uncertain. “Many people eat less candy than before because of health concerns.” Fu-Chuen said. Although the products are made in Hong Kong, it is difficult to find their ways to supermarkets and chain stores, “We only put our products to Wellcome during the period before Lunar New Year. It is hard for a small factory to supply a large amount of candies to the supermarket, which often pays us late,” Fu-Shing said. “Although if we close our business now, we three can still continue our way of living, but what about our employees?” Wai-Pui said. Most of their employees have worked in their factory for more than 10 years, and are treated as close friends or partners. Fu-shing is demonstrating the process of making candies.

Nowadays, to start confectionery factory is hard, because of the license and high costs. Even they can apply for the license, they can only cook the candies with towngas, unlike diesel that the Smith’s uses. “We are the only confectionery factory that still uses flame to make candies.” Fu-Shing said. The Fong’s family will run the factory as long as they can. This traditional factory is one of the treasure of Hong Kong sinking in the tide of time.