Yan Chun Lane was almost empty after the eviction on September 30.
Photo by: Ma Wai-Shan

Shopkeepers in Yan Chun Lane, an alley located at the heart of the Kwun Tong redevelopment area, were forced to move out by September 30. Yet, they never came to an agreement in terms of money and relocation. “It was unfair that I received the same amount of compensation comparedwith counterpartswho owned a much smaller space,”said Lai Chun-mui.

Lately, the Urban Renewal Authority (URA) accused hawkers of illegally occupying government land and requested them to move out in exchange for standardized compensation of HK$109,240. However, some shop vendors disagreed with the proposal.

The vendors complained that the URA failed to arrange a flexible compensation payout and help them keep their businesses afloat.

“It was unfair that I received the same amount of compensation comparedwith counterpartswho owned a much smaller space,”said Lai Chun-mui ,a one-man barbershop owner in his 80s who bought a 300-square-foot shop for almost HK$40,000 30 years ago.

was not allowed in public markets. But this was not an option for him.

“I can’t afford a monthly rent of HK$20,000. The company even requires tenants to pay three years of rent before moving in. The compensation from the URA is just a drop in the bucket. Annual compensation would need to be at least HK$400,000 to make a sufficient living,” said Lai. The vendors are also frustrated with the lack of help with relocating their businesses. Leung Kam-hung, owner of the last racing-pigeon shop in Hong Kong, refuses to move out.

“It is not just about money. The Authority just dismissed shopkeepers with compensation instead of helping them resettle and continue their businesses,” Chan Chi- yung,

Nonetheless, Chan said that the Authority has not responded favorably to vendors.

“The Authority has taken historical background into account when dealing with these squatters. We consider offering compensation as a pragmatic and humane way to solve the problem,” said Lawrence Yau Chung- hok , the URA’s director of Corporate Communications.

He also said that each vendor received standardized compensation because they were actually illegal occupants of government land, so that only those with legal ownership would enjoy a compensation calculated on the area occupied.

According to the URA, 27 out of 29 shop operators in Yan Chun Lane had agreed to receive the compensation and move out. The only vendors remaining are Chan Chi- yung and Leung Kam-hung, the owner of the last racing- pigeon shop in Hong Kong. 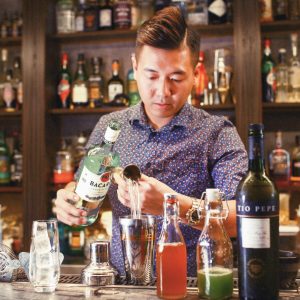 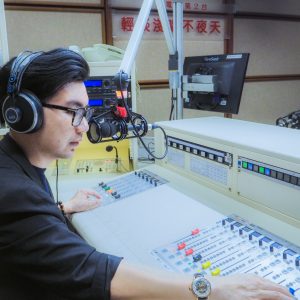